Not available. Please try another release!

This is a pretty large bugfix build which is why it took so long :) There is over 62 bug fixes and changes in this build. Tons of bug fixes, as well as various visual polish and improvements. 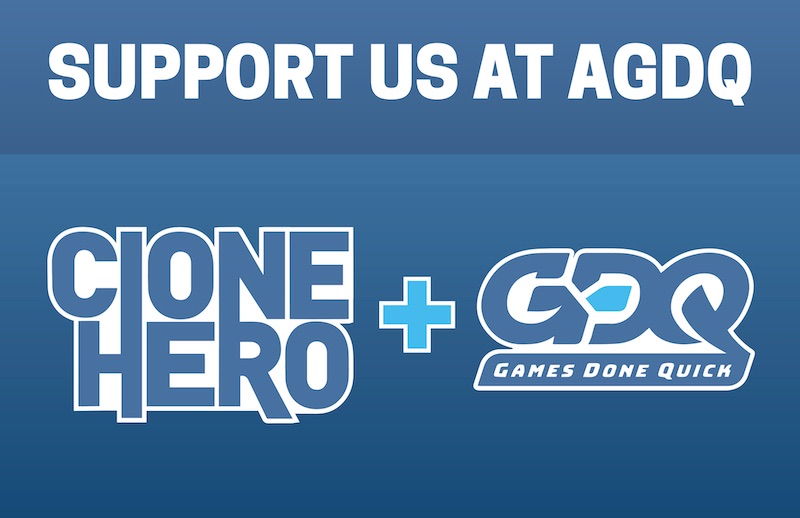 Yes those hopo bugs have been fixed, as well as those pesky online connection bugs! Check out the full log on the download page.

Clone Hero will also be featured in Awesome Games Done Quick 2020, currently scheduled for Saturday, January 11th. Starring Frosted as a player, Matt and srylain will also be attending the event and fully representing the game, check out the GoFundMe!