September 2019: The (Not-So) Calm Before the Storm

Let’s address the first of many elephants in the room. (Just how big is this room, anyway?)

Well the short answer is that it’s complicated. Let’s start with the first major piece of the puzzle. We, the CH / team, are a small group of people who do the work that we do in our free time, because we’re excited and passionate about the game. We’re not paid for it, nor is this any of our actual jobs. So, from time to time, people will get busy, be it due to work obligations, personal priorities getting in the way, or just generally being busy with life as a whole.

This doesn’t mean that we’re giving up on CH though! Just that sometimes, we gotta put our real life in order first. And that was a big part of the huge space between June’s blog and now. Sometimes, just not as much stuff can be done as you would hope.

The second big part of this big space is that we’ve been at the stage of v23 for a long time of just not having anything to show or talk about. There’s been this idea that v23 has been polished and ready to go for a long time, and that we’ve just been sitting on it, but that couldn’t be further from the truth. We’re still cranking out work on v23 before its launch, trying to squash bugs and polish those rough edges to shine nice and bright. Unfortunately, this last stretch of the dev cycle isn’t pretty or fun to talk about, as there’s not generally any new and exciting features to show off. Just a long change-log of bugs being fixed and things being polished. Not to mention, v23 is one of the biggest updates to date, so a lot more TLC has been needed to finish it up.

With that all being said, however, let’s dive into this blog, as there’s lots of stuff we can talk about that I’ve been gathering over this time to get you all ready for v23!

The biggest question of v23 is obviously the ever present “WHEN”.

v23’s launch is an exciting time for us. Online play, the UI overhaul, and many QoL changes, v23 is shaping up to be one of, if not the biggest and best update for CH.

Let’s Talk About the UI

So the first thing to be open and clear about with our new UI. Originally in past blog posts, we had talked about completely overhauling the entire menu system, complete with keyboard + mouse support, and better fit for future expansion. Unfortunately, due to time constraints with getting v23 out in a timely manner, we weren’t able to fully achieve that goal.

For instance, kb+m support won’t be coming with v23, and nor will the underlying menu systems be getting revamped. However, this doesn’t mean the new UI isn’t coming. We’ve still got a beautiful implementation of the new wonderful UI designed by Filyng and Dima, all it means is some stuff might look closer to CH’s UI with the new skin theme than it will to the original mock-ups. This difficulty selection screen serves as a good example. 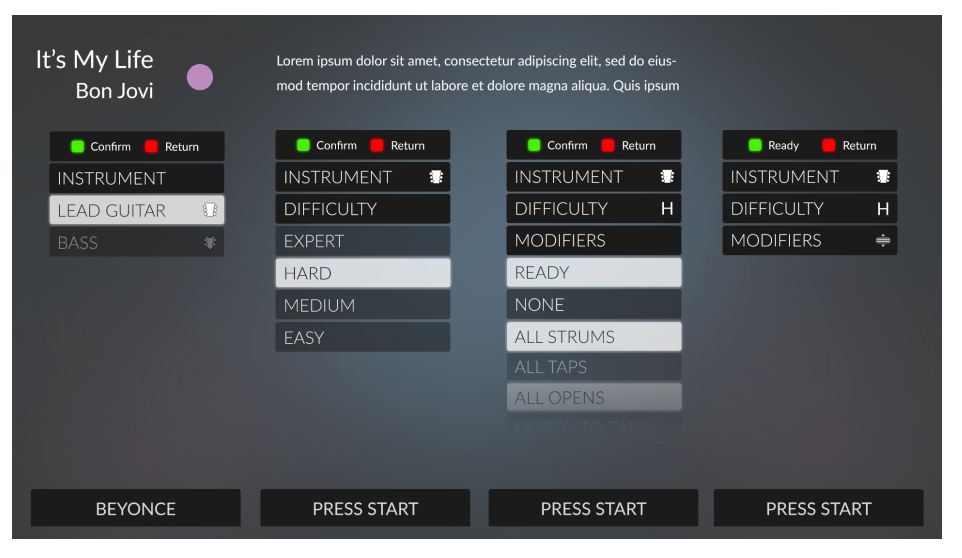 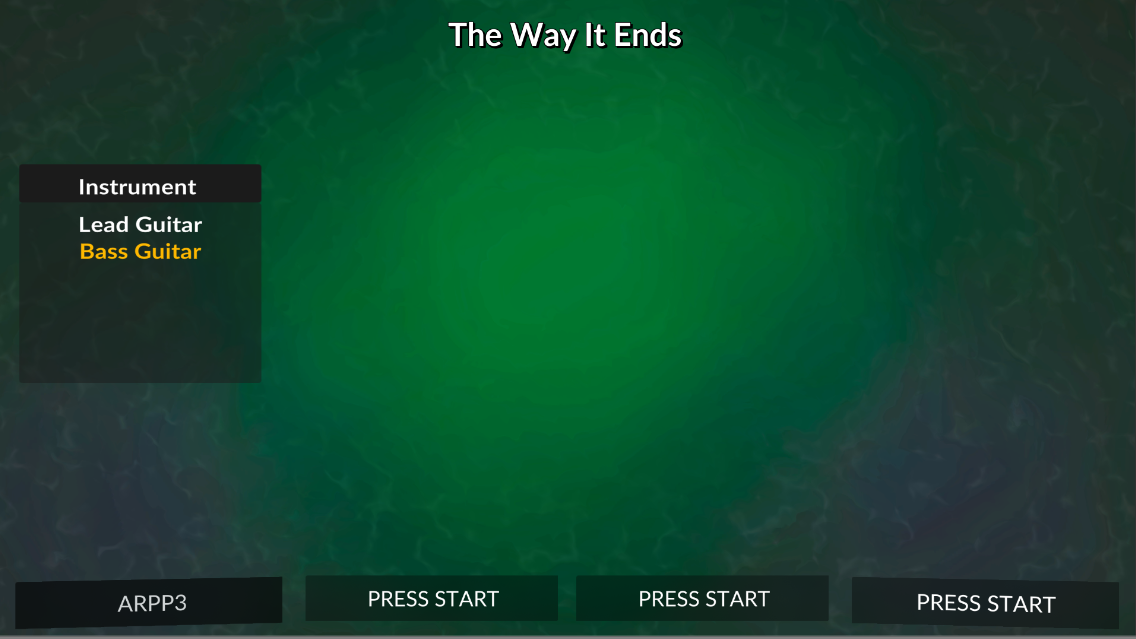 Our new song select UI is working in game, though, and looks beautiful! 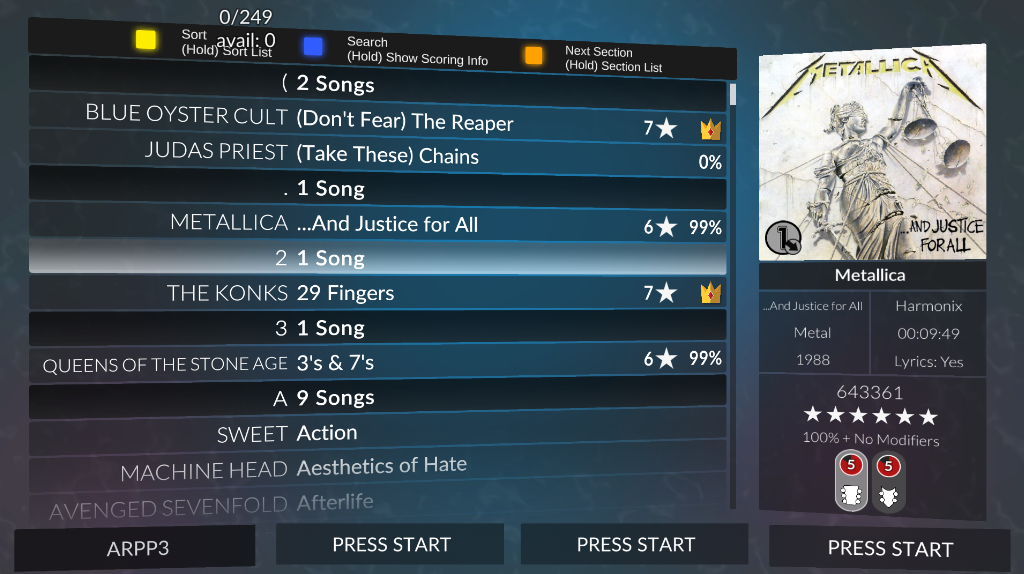 Some elements of in-dev stuff are still present in this screenshot, such as the "0/249 avail: 0" text.

And one of the incredible improvements that managed to make it into v23 is a significantly easier to navigate settings menu! 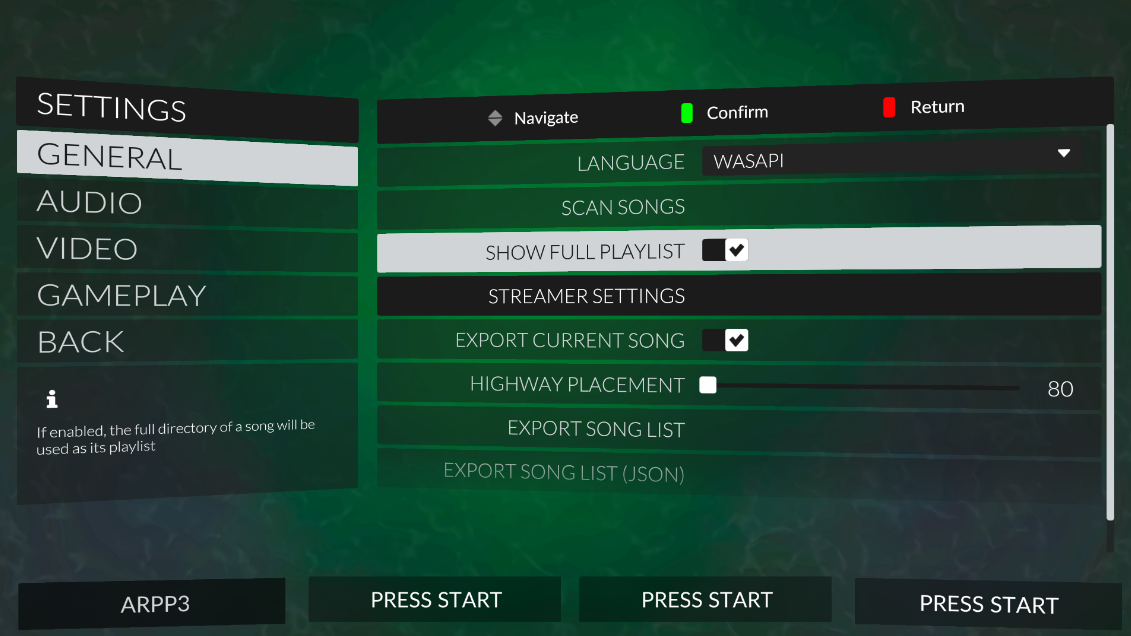 Oh, and for those of you playing with strange and unusual screen sizes / aspect ratios, our menu has you covered too!

For when you need a real thicc menu display 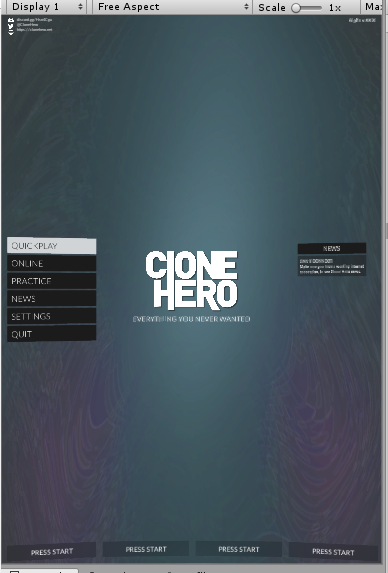 Plus, we know you all like having some customization options! While it’s not a whole lot, it’s more than we had before c: 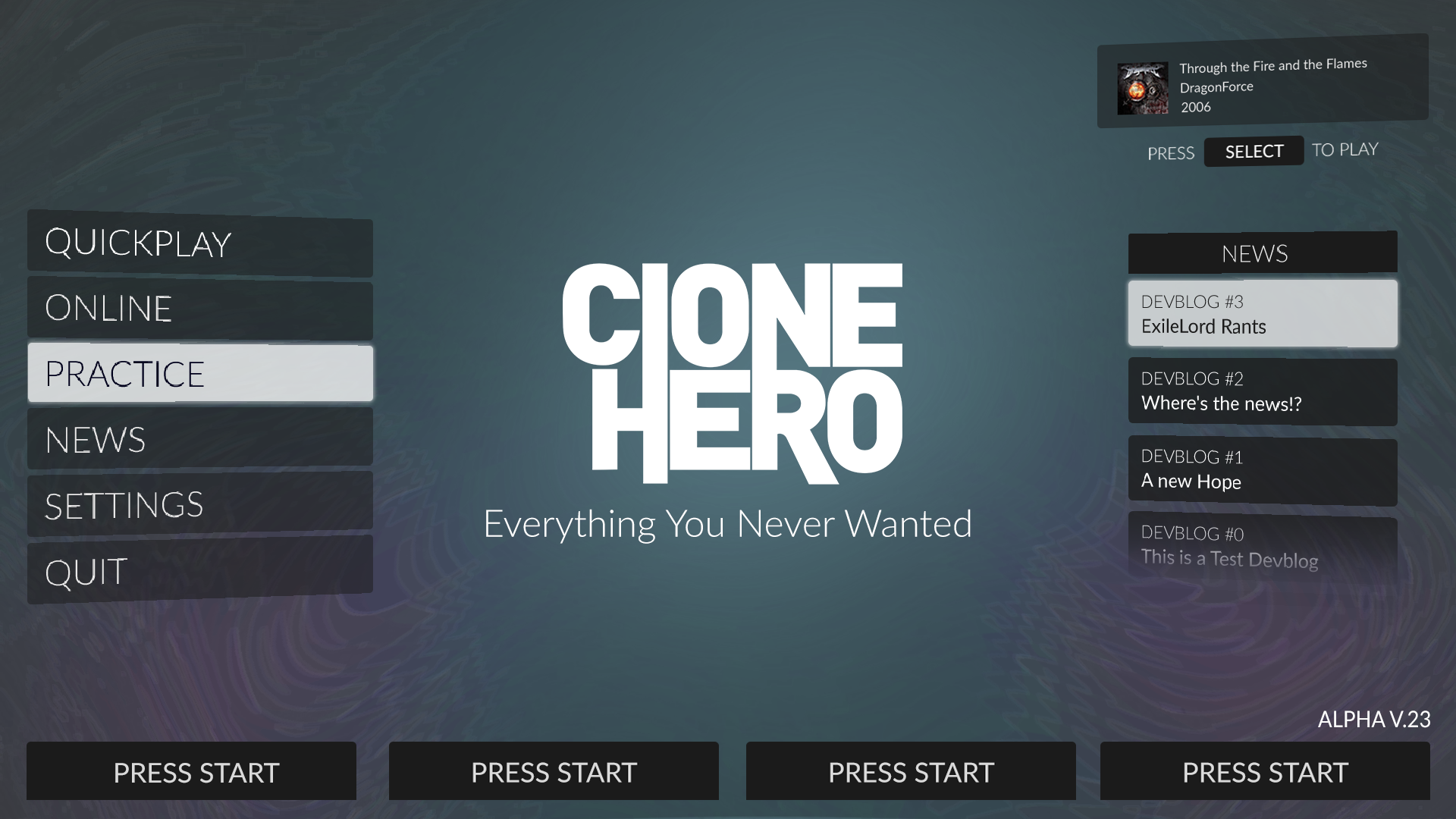 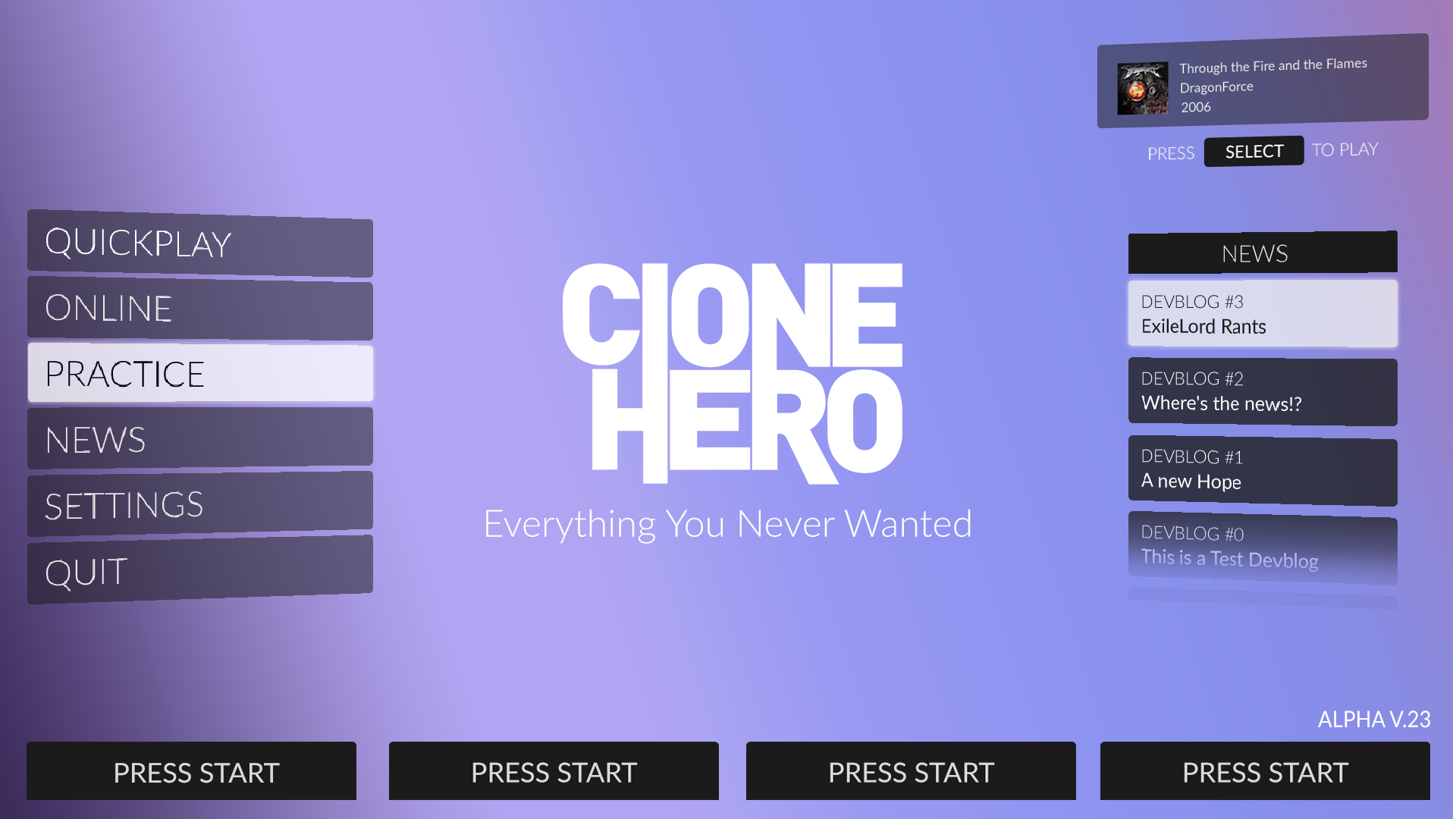 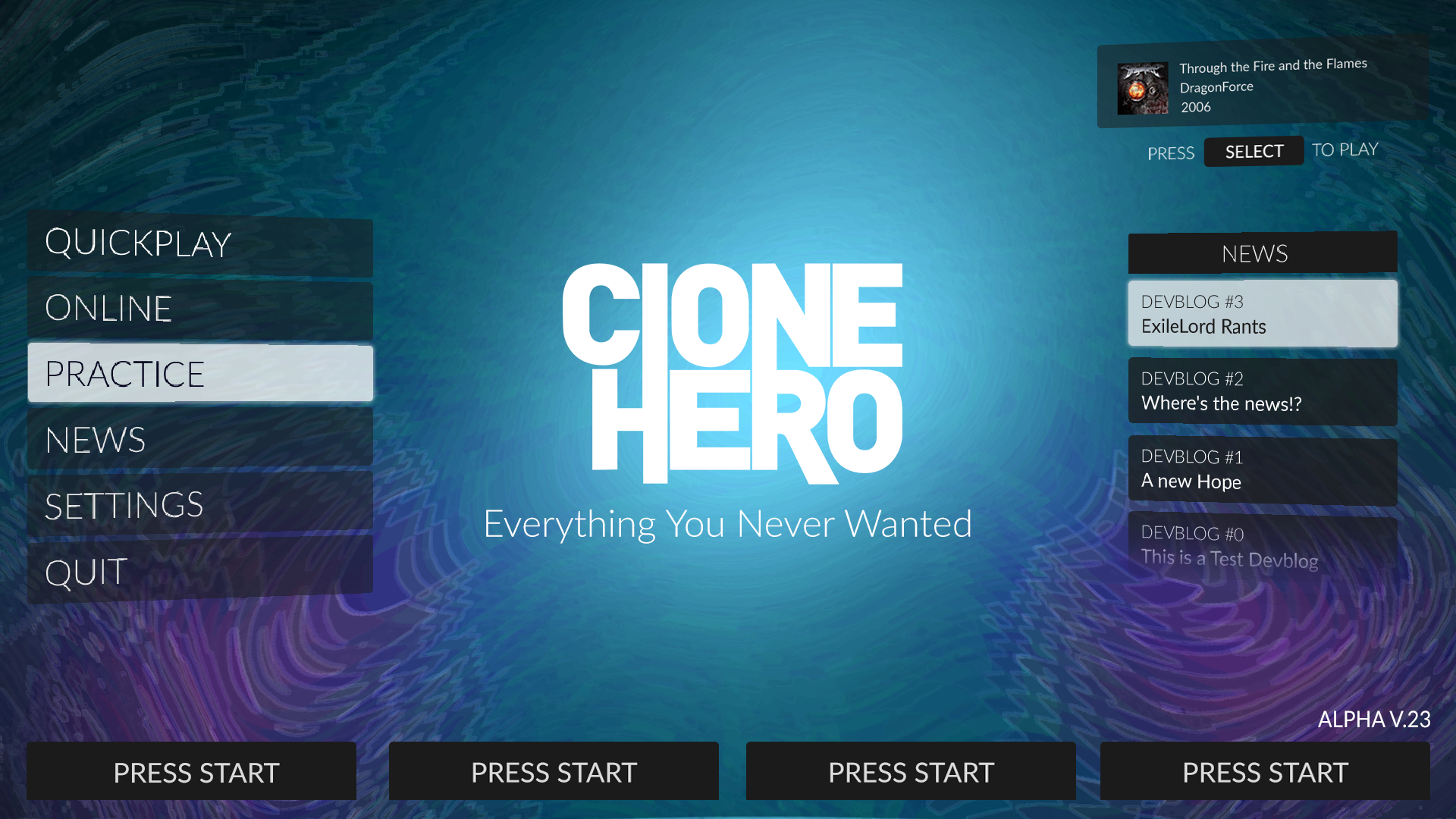 A Quick Look Back

While looking ahead to all of this cool new stuff is nice, why not take a moment to look back at where we came from to see all of the progress we’ve made? 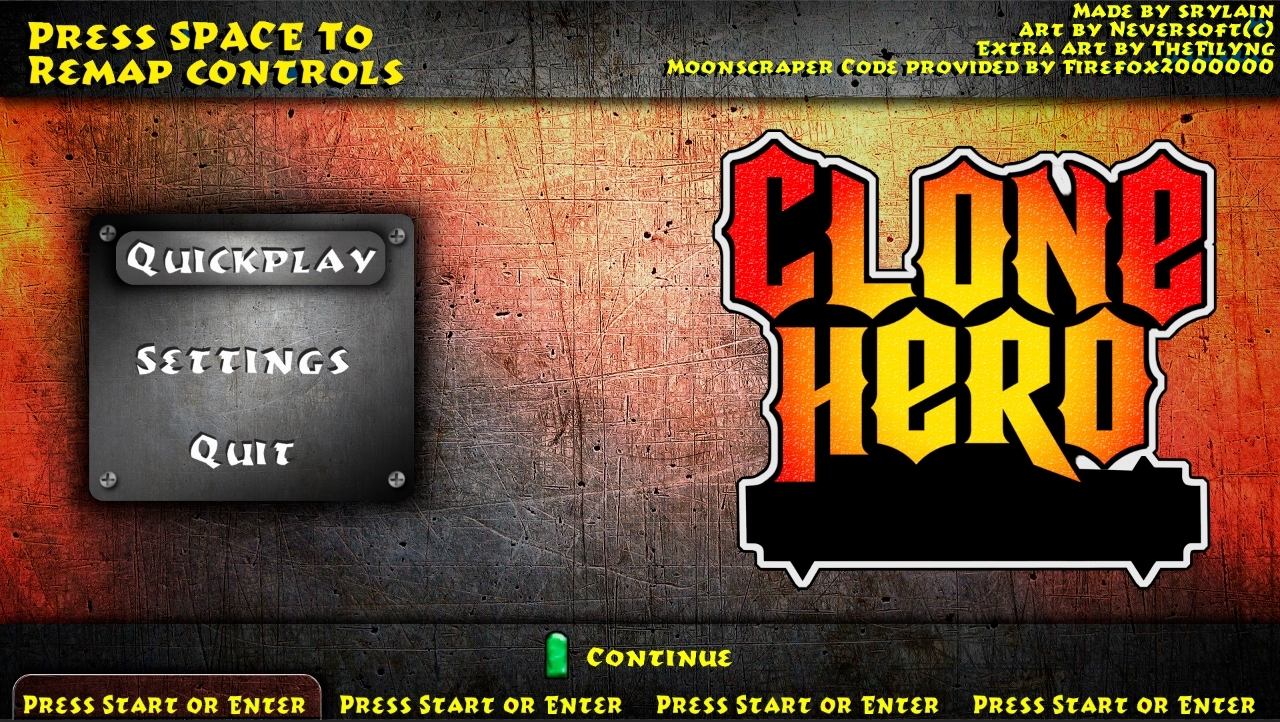 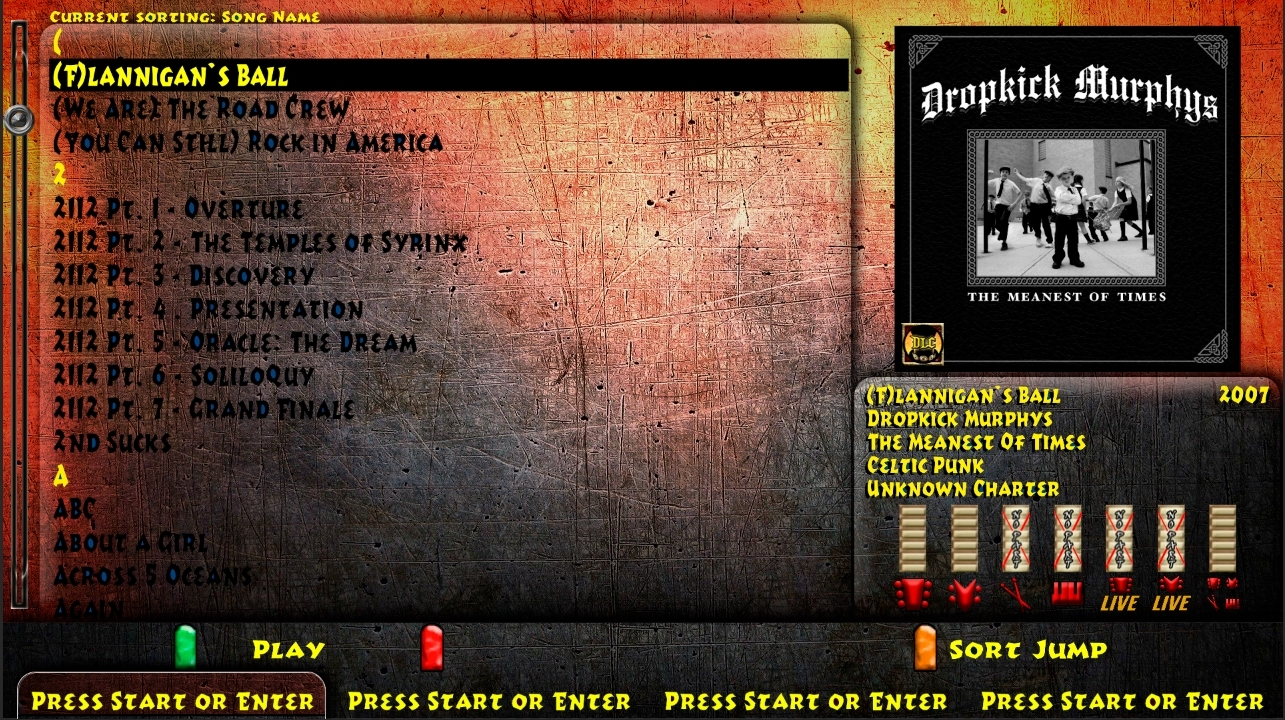 Originating way before even the current UI! 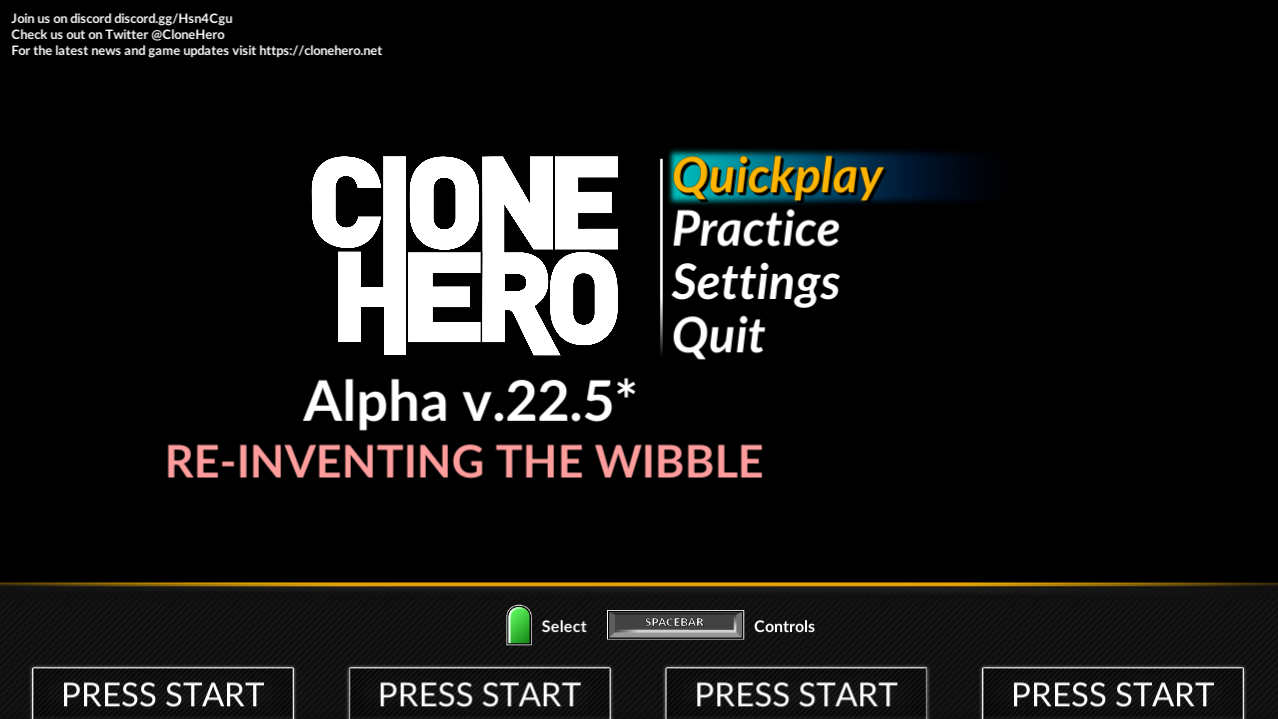 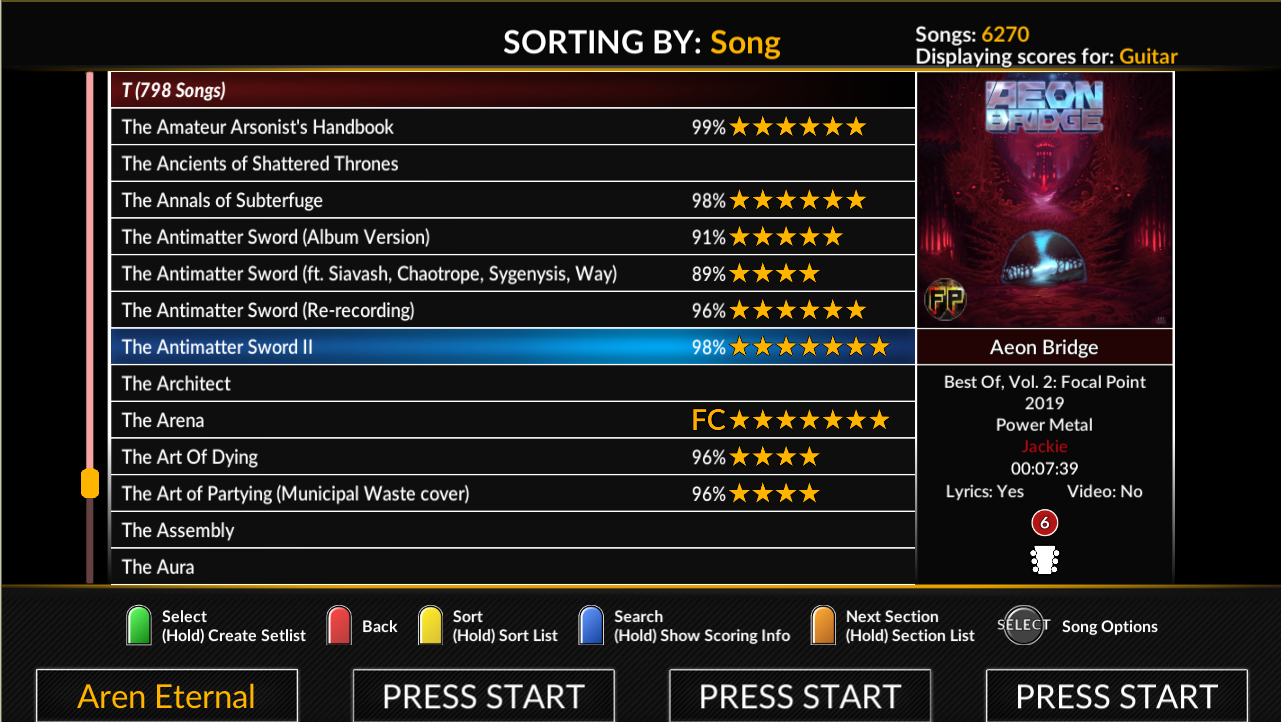 You hate to see it go, but love to watch it leave

Now Back to the Future

All of this fancy new UI looks cool and all, but it doesn’t mean we’re done. Once the v23 cycle finishes off, and we do the final v23.x update, as we move into territory, we’ll be looking once again at the UI systems. A full revamp of the back-end menu systems will definitely be done, to ensure better forwards-compatibility with an ever-expanding game, allow for easier navigation like kb+m support, and to better allow us to implement the visions we had originated in the mock-ups. So even though v23 features a great new menu design that’s sure to catch the eye, we’re not done improving it!

Need It, Want It, Gotta Have It

Let’s be honest. The new UI is super cool and all. But if there’s one reason you’re all hyped up over v23, it’s the online multiplayer.

Let’s recap some fairly common questions about the online multiplayer in CH.

“Is it a friends system or some kind of server browser? How do I join games?” Direct IP-connections. We definitely want to have an easier system like a friends list, or dedicated servers and public lobby rooms, but we need to have good server back-end set up for that stuff, and that’s just not something we’re capable of supporting right this moment. We’ll definitely be trying our best to improve the online experience throughout ’s lifetime, though!

We definitely hear the demand for stuff like battle mode and other gameplay variants! While there won't be any coming with v23, we'll definitely be looking into variants in the future.

As it stands with the v23 release, online multiplayer will just be quickplay co-op. Everyone’s stats will track and display separately at the results screen, so if you want to play competitively, you can still do score / accuracy battles, there just won’t be any in-game display for those.

“Can I play online with two players on my computer?” Unfortunately at this moment, we’re limited to one player per client when online.

“How can I set up my own lobby to play with my friends?” Currently, to host a lobby for other players to join, you will need to be able to port forward to allow others to connect to you directly via IP. Then you would give your IP address and which port you’re using (CH defaults to port 14242, but can be changed to most other ports) to your friends for them to connect directly to you to play! However, be very careful with your IP address and who you’re sending them to. Only give out your IP address to people you trust, just like how you would treat sharing your home address online. Unruly recipients of your IP address can use that information for malicious activities such as DDoS attacks or other unwanted connections directly to you.

“What if I’m unable to port-forward, or just don’t want to give out my IP?” Luckily, tunneling services such as Hamachi also work with hosting lobbies. However, if you use one of these services, all of your friends connecting to you will require them as well.

“What options do I have to control my online experience?” The following options are available for online play:

We’re hoping you enjoy playing online with your friends! It’s been a blast to test out c:

The Other, Other Elephant in the Room

Drums. One single word, enough to make a ton of CH fans go wild. Likely the most requested feature, even more than online. So let’s chat about them, shall we?

First off, let’s clear this up one final time. We’ve confirmed drums! That’s right, drums are officially coming to CH. However, we bring with that some bad news. Drums will not be coming to v23’s launch. We were pushing really hard to have drums polished and ready to go for it, but they just aren’t ready yet. What this means though, is once we have drums ready to go, we will be pushing them out in a future v23.x update. Normally we’d reserve a big update like drums for a full version increase, but because much of drums are already coded and in the game, just disabled, due to just not being complete (game-breaking bugs aren’t fun), we’ll be finishing them up and slapping them into a point release shortly after v23. We’re still on our deadline of before the end of the year, and you can likely expect them much sooner than that as well.

Before we get more into the details of drums, let me introduce you to another member of our team!

Once working on his own project titled RhythmGame, Oscar is a programmer on our team. While in the middle of v23 development, he showed up from a hiatus of sorts, out of nowhere, with screenshots of drums in CH. He’s now the main guy you can thank for drums becoming a reality, so give him some love. Thanks, Oscar!

Big props to Oscar for working so hard on drum support. We know it’s something the community has been heavily anticipating for a long time, so he’s doing his best to make sure we get drums done right.

When drums launch in their respective v23.x update, they’ll be launching with support for 4-lane drum charts. That all-too-familiar RYBG color order is back, baby!

While it’s unsure if we’ll be launching with pro-drum (aka cymbal / 7 lane) support, we’re definitely looking at it to ensure it’s able to be added as well. And of course, we’re looking at ensuring classic drum support like Expert+ double kicks are able to be played in-game.

As for specific drum mechanics in terms of gameplay, support for drum lanes is being looked at, but the biggest thing many of you are probably concerned about is activations. Currently in-house we’re looking at possibly having options between GH-style activate whenever, and RB-style drum fill-esque activations. We’ll be able to talk more about this down the line once drums in general are closer to being ready to ship!

In case you were worried about e-kit support, Dima was able to play with his while testing!

And in case you were questioning how not ready drums are for v23’s launch, here are some of the more amusing bugs for your viewing pleasure! 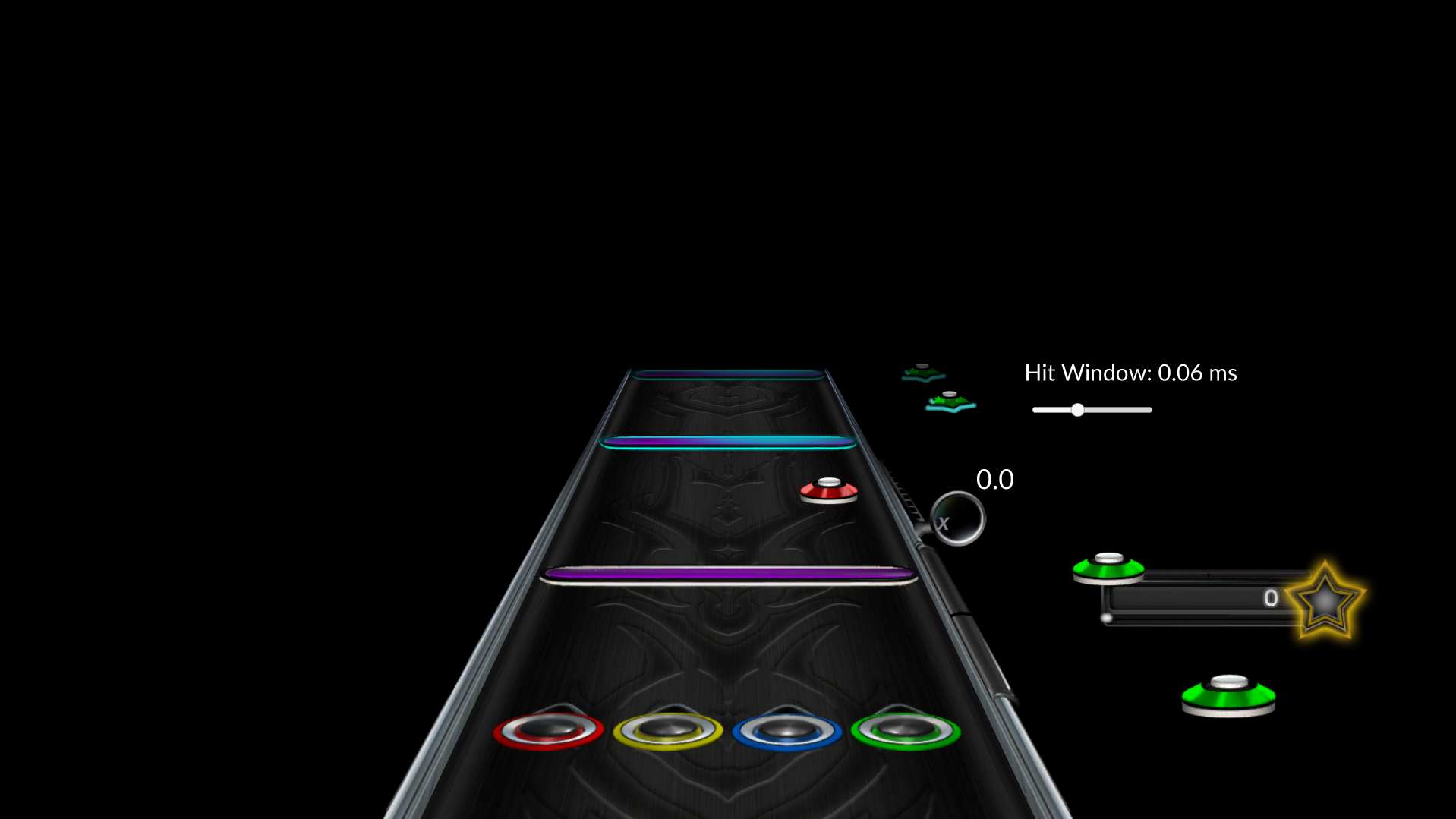 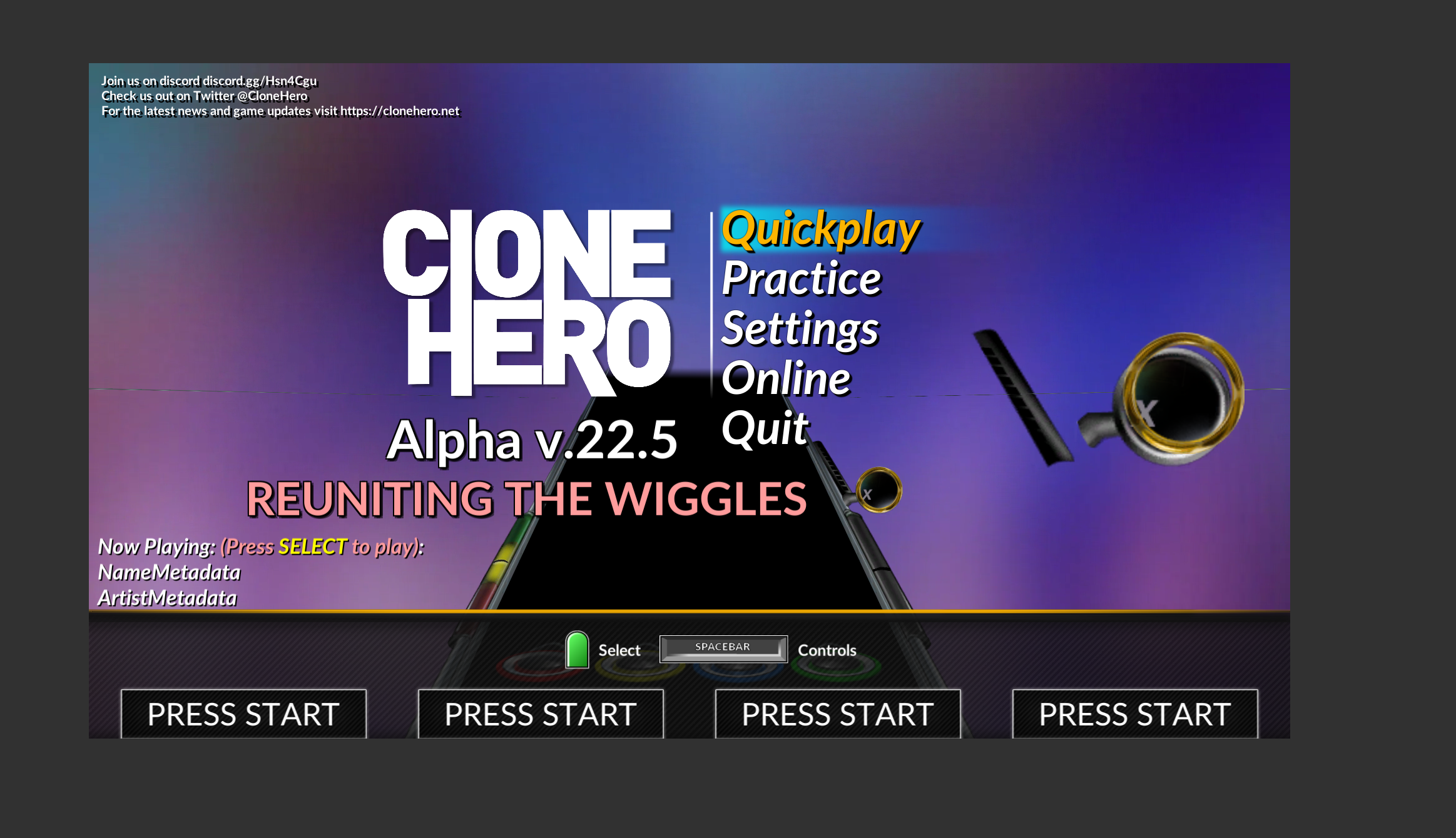 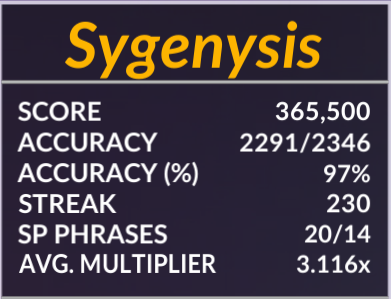 Syggy is the SP phrase god. Bow before him.

You Asked. We Answered.

Recently, we held an AMA on /r/pcgaming. We got a ton of kind words and great questions, so I figured we’d show off some of the better questions and answers here for those of you that might have missed it!

It sure got y'all talking about taps though, that's for sure!

This wasn't a question, but hey, shout out to tap #4! You know who you are 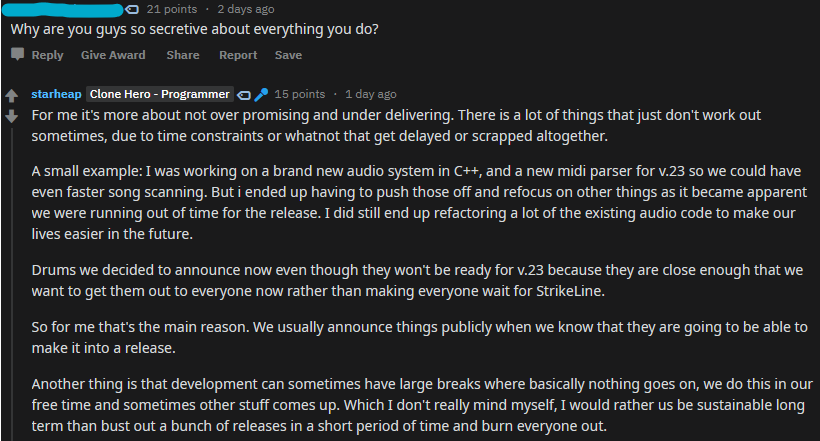 Things like CHLauncher (Fs in the chat) and Neo's GHWT mod are perfectly acceptable, and actually pretty great c:

99 Little Bugs in the Code…

We spent some extra time gathering some of the more amusing bugs and mishaps happening during testing, because some of them ended up being pretty funny.

Do it, I dare you 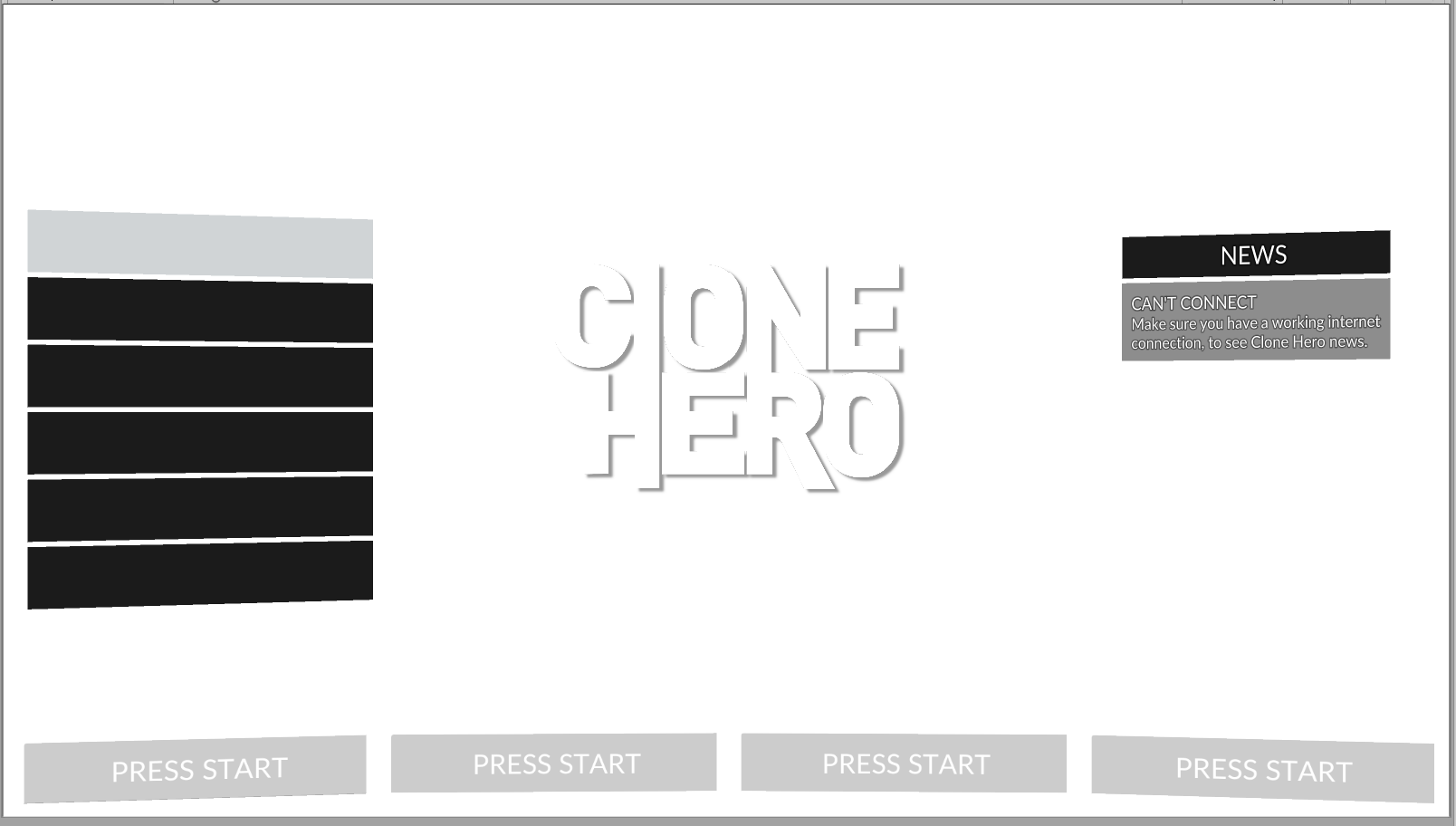 When you use Discord's light theme 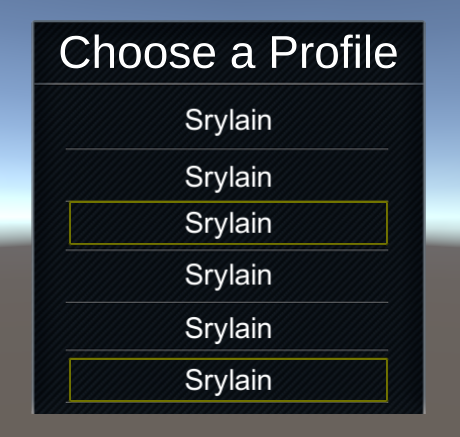 Clone Hero 2: Attack of the Clones 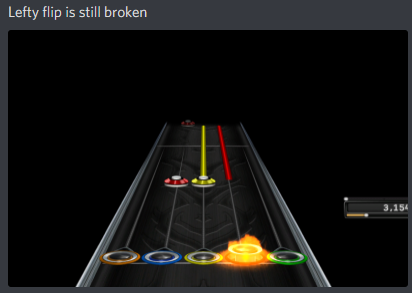 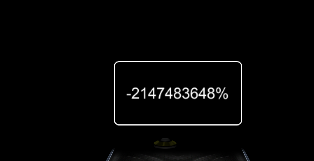 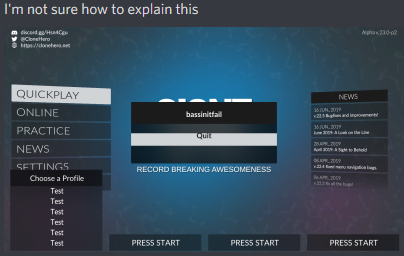 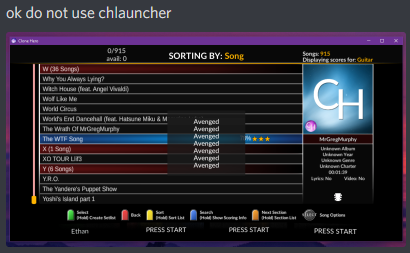 You gotta think outside the box! 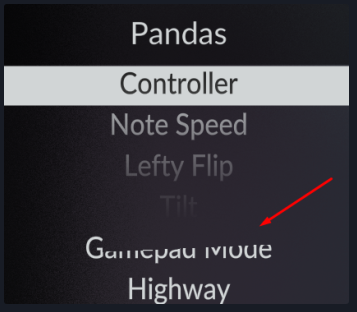 Even CH is trying to pretend tilt sensors don't exist!

Thanks for joining me on yet another dev blog. I hope you all enjoyed digging through this info-dump, as well as laughing at our failures while we’re crunching away trying to get v23 ready! I can’t wait to see all the fun you have while playing online with your friends! See y’all online on Saturday! <3